Now more than ever, financial leadership at your legal organization is vital.

The financial status of a law firm can often be precarious. From staying on top of billable hours to a changing economy, it has always been a challenge — and then the coronavirus pandemic happened. Suddenly, many legal organizations were facing decreased business and/or delayed cases. Now more than ever, your firm can benefit from strong financial leadership. Here’s how you can best contribute to it.

STAYING ON TOP OF CHANGES

One particular challenge is the fluid legislation landscape, as a new Congress and presidential administration work to pass further efforts to ease the financial fallout from the pandemic.

The Paycheck Protection Program (PPP) “came into existence as an easy source of funds for many firms, but that was just the beginning. You needed to constantly monitor the developing regulatory application of the act in terms of loan forgiveness and taxable income,” says Brian P. Gilman, CLM, Chief Operating Officer of Smith Debnam in Raleigh, North Carolina. He also serves on the ALA Board of Directors. “In addition to managing increased operational challenges related to the pandemic, now you need to be particularly mindful of what is coming out of Washington with regard to coronavirus-related assistance, and be ready to act quickly to take advantage.”

Travis C. Armstrong, CLM, CPA, Chief Operating Officer of English Lucas Priest & Owsley, LLP, in Bowling Green, Kentucky, says it comes back to having ongoing open conversations with your tax advisers. “Every few days with interpretations and lobbying, there is much to consider,” he says. “And I don’t think we will know certain answers for quite some time. It’s critical to be open-minded and to stay up to date on information.”

No matter where a firm shakes out on loans and other backing, key questions remain on financial leadership in terms of deciding how to spend. One difficult decision can be in the area of training.

“I don’t think we will know certain answers for quite some time. It’s critical to be open-minded and to stay up to date on information.”

“I think you need to consider investing for the team,” Armstrong says. “It will boost morale and show there is a commitment to employees. It says you’re trying to weather this storm for them and address concerns they may have about layoffs. They see instead you’re investing in them.”

Gilman says that he understands the tendency for firms to be on the defense during uncertain times but that such practices can actually hurt revenues in the long run. When employees at Smith Debnam found themselves in a holding pattern due to the pandemic, training became a priority.

“Our perspective was to look for ways to productively use that extra time. Personal development and enhancement of technical skills are often put to the side when work is plentiful,” Gilman says. “Trying not to be reactionary and taking a longer view, we recognized one opportunity was in the area of training, with the objective to emerge from this period better positioned to move forward.”

He also notes that a real financial leader doesn’t just automatically hoard the money saved from other places. “It’s important to consider the impacts on all budget areas, not just the top line,” he says. “Reductions in variable costs are also occurring; for example, spend drops off on things like sporting events, flying people to conferences and general marketing, even reduced demand for catering and other internal office costs. But these gave way to supporting work-from-home and Zoom. Being nimble and shifting resources in times of changes is obviously an important element of effective management.”

Though the pandemic has shown firms the merit of working from home, no one should automatically expect that being a good financial steward means closing company offices.

“There are still operational realities and client expectations that won’t completely go away — things like depositions, mediations and client meetings,” Gilman says. “Most firms had already begun to at least look at their investment in square footage as somewhat of a cultural relic. Because we had previously shifted our space strategy toward smaller office footprints, remote work technology, electronic records storage and similar tactics that optimized our square feet per employee, the pandemic has not triggered a sense that we need to cut back dramatically on office space. Firms that had yet to culturally embrace these and similar shifts may be taking a harder look at how much space they really need going forward.”

“Trying not to be reactionary and taking a longer view, we recognized one opportunity was in the area of training, with the objective to emerge from this period better positioned to move forward.”

Culhane Meadows is a completely cloud-based firm, so the initial lockdowns and work-from-home issues that many firms faced weren’t an issue for them. “It’s possible this could become more of the future because of the numbers firms like us are putting up,” says James Meadows, Founding Partner and Chief Financial Officer of Culhane Meadows.

But that doesn’t mean they balk at all expenses. Beyond a strong investment in areas such as back office and IT, they also attended the National Association of Minority and Women Owned Law Firms (NAMWOLF) conference. “It’s virtual, but they added the ability to do one-on-one interviews with in-house counsel with some of the most recognized places,” Meadows says. “We ended up with 60 interviews — in terms of money well spent, that exposure wouldn’t have happened with an in-person conference. We would have missed out if we were just looking to avoid costs. Being cloud-based doesn’t mean just cut everything.”

YOU CAN’T PUT A PRICE ON CALM

As uncertainty looms ahead, all agree that financial leadership’s job is to help provide calm to the workforce.

“People need reassurance, and our folks were very gracious and grateful for our response and not laying anyone off or reducing anyone’s hours,” Armstrong says. “It’s also recognizing value can be had in different ways. It doesn’t have to be 9-to-5. Employees have children at home during this time and other issues. Firms can be flexible.”

And communicate — frequently. “The worst approach is not talking to the employees and letting their minds go to the dark corners of what could happen,” says Armstrong. “We managed this area both with financial and human resources — they’re very closely related and need to work together.”

And all are also thankful to report confidence heading into the new year. “We felt we had an advantage with our mode, and it proved out with the numbers,” Meadows says. “We’re going to get through this. You have to take a breath and keep moving forward.”

Eric Butterman has written for more than 50 publications, including Glamour and Men’s Journal. 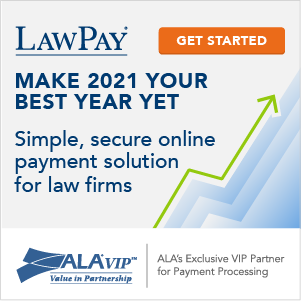