Revisiting firm financial processes can help prevent them from breaking down — and potentially protect overall profitability.

From law firm billing to budgeting, effective internal financial practices can help ensure ample funds flow in and out the door — yet some firms struggle in this area.

The involved operational tasks can be time-consuming — a daunting prospect when legal work deadlines are looming. For instance, 60% of firms need a week or more just to process and publish client invoices, according to an Aderant survey. Even with firm members’ best efforts, payment isn’t guaranteed.

Law firms’ realization rate fell 10% between 2005 and 2015 and had decreased further by 2018, found a report from Thomson Reuters and the Georgetown University Law Center. The lengthening collection cycle, according to Citi Private Bank data, strained law firm revenue growth in 2019. Although a surge in unbilled time was a factor, the rise in outstanding invoices was partially due to an accounts receivable increase — which was largely the result of clients delaying paying their bills.

Some law firms experienced a similar scenario last year amid the COVID-19 pandemic, according to Chris Ryan, Vice President of Client Development at HBR Consulting, when companies in hard-hit industries said they anticipated having some fulfillment issues.

“It showed a bit of exposure, or risk, [with] the fundamentals of law firm financials — such as their cash position and how they distribute profits and maintain cash and credit throughout the year,” Ryan says. “Law firms have realized, ‘We’d better get ourselves in order and be more methodical with our collections.’ Breaking down the revenue cycle to determine where you can improve processes will improve both the bottom line and clients’ experience.”

Without fine-tuning, financial procedures can certainly present delays and other costly issues. Some firms have found success with the following financial management approaches.

In the past, K&L Gates’ international offices had to alert the firm if they thought they’d need cash. Aside from contacting the individual banks where it had accounts or checking its general ledger, which typically didn’t contain the most current information, the firm didn’t have an easy way to assess resource status across the organization, according to Chief Financial Officer Chuck Hokanson.

The 45-office firm, though, has since consolidated the number of banks it uses to help centralize its monetary resources. K&L Gates also implemented software, Hokanson says, that provides day-to-day visibility for its various bank account balances.

“If [funds] are really good, I pay bonuses to the other attorney and myself; if the money is not there, I can sit on [my] check or exclude myself from that payroll. Particularly last year, when cash flow was sometimes pretty weird, there were times when I ran [payroll] but would exclude myself. I can run an extra payroll and catch up later.”

“When we’re looking at things from a treasury and cash management perspective, we can see where a particular office or location stands on cash and what their needs are going to be — and can do high-level forecasting to see if we need to move cash from one location to another,” he says. “It helped us manage things better; everything is visible.”

Instead of reconciling the total amount received from periodic draws with whatever is available for distribution at the end of the year, Michael Downey, Managing Member at the two-attorney Downey Law Group LLC in St. Louis, Missouri, opts to pay himself every two weeks as an S corporation W-2 employee. This helps him avoid the guesswork involved in estimated taxes and allows for adjustments to maintain cash flow throughout the year.

“It simplifies things,” Downey says. “If [funds] are really good, I pay bonuses to the other attorney and myself; if the money is not there, I can sit on [my] check or exclude myself from that payroll. Particularly last year, when cash flow was sometimes pretty weird, there were times when I ran [payroll] but would exclude myself. I can run an extra payroll and catch up later.”

In K&L Gates’ U.S. offices, software scans individual invoices vendors submit for payment. In using document data such as vendor name, number or logo, the tool will automatically prepopulate the general ledger coding, route the invoice to the correct individual for review and approval, and then store an electronic image of it in the system.

The firm uses a similar application for lawyer and employee expense reports. Requests for reimbursement can be sent via a mobile device with a photo of the receipt. Hokanson says this the information can easily be accessed if a client has a question about a billable expense.

“It takes a lot of data entry [firm members] would have had to do and stores it electronically, allowing them to get the money quicker — and also provides consistency,” he says. “If an expense winds up on client invoice, we know we have access to the right information so we can go back quickly, look and inform the client about what the particular items were.”

K&L Gates also uses a lockbox system, which interprets data from both electronic client payments and scanned hard-copy checks to help process payments quickly. The functionality will automatically apply a payment to a client invoice in the accounts receivable system if it detects recognizable aspects such as client name, number and invoice value. The process has reduced the firm’s cash application group needs, Hokanson says, allowing it to centrally locate the team, which had previously been housed in different places.

“The number of people involved is less than half what it was just a few years ago,” he says. “In that particular area, it’s been providing a real efficiency that allowed us to reduce our staffing and handle the same or increased levels of activity.”

“Not only did clients appreciate [the flat-fee model] because it’s a lot more predictable — it helps clients know how much to expect to budget — it definitely makes things a lot quicker and more efficient [for us], just to not have to worry about contacting people after the fact for payments. It’s a benefit for everybody involved.”

Washington, D.C.-based Goldman Law Group switched to a flat-fee model around 2010, and then incorporated a pay-as-you-go system where clients are billed for legal work in phases. This has helped speed up its payment time period and prevent the firm from having to deal with collections work, according to William Scott Goldman, Founder and Managing Attorney.

“Attorneys [before] would send emails basically politely reminding them to move forward with the balance due,” Goldman says. “Not only did clients appreciate [the flat-fee model] because it’s a lot more predictable — it helps clients know how much to expect to budget — it definitely makes things a lot quicker and more efficient [for us], just to not have to worry about contacting people after the fact for payments. It’s a benefit for everybody involved.”

Some law firm-specific practice management products allow firms to manage their trust account activities through the software — which can be a plus, since attorneys don’t always do a great job maintaining trust account-related recordkeeping on their own, according to Downey, who’s defended lawyers in bar complaints relating to trust activities. He also recommends using a credit card processing company that offers services specifically designed for lawyers.

“There are processors that, if you receive an advance on your fees, that money would be deposited in your trust account,” Downey says. “But the charges relating to it, and also any chargebacks or canceled payments, come out of your operating account to avoid your trust account getting overdrawn.”

Goldman has found putting most of the firm’s expenses on a corporate credit card has helped the firm track expenses. It’s generally able to just pull year-end accounting reports and credit card statements to compile most of the documentation that’s sent to the firm’s accountant.

“By going back to the credit card records, you can see all the expenses from the past year more efficiently,” Goldman says. “With receivables, just about everybody is paying by credit card these days; it’s enough to pull reports of incoming transfers. It used to take a lot more time having to extract data from a number of sources. Instead of the process taking two to three weeks, now it can be done in about [a] week to 10 days, tops.” 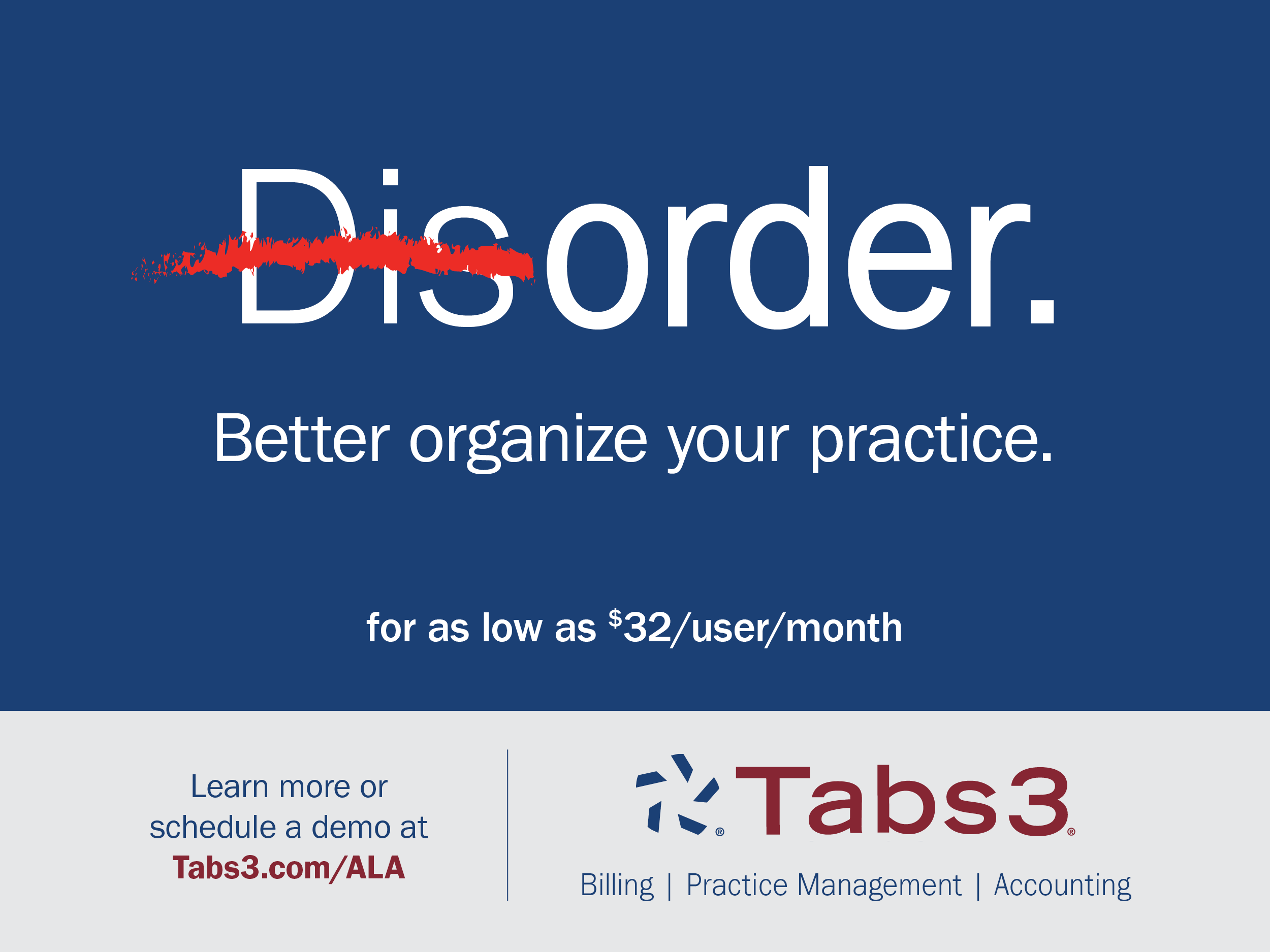 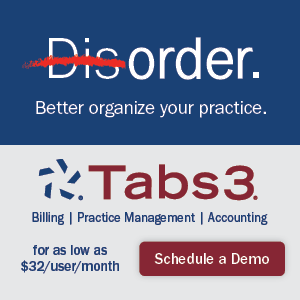