Tackling the Question of Non-Law Ownership with Regulatory Sandboxes

An ideal justice system is one that is accessible to everyone. Proponents of access to justice believe that people should have equal rights to courts and representation. At the very least, they should be entitled to information and services to be able to make informed decisions around court processes. Technology has helped the industry make headway around physical and informational access to courts, but there are other roadblocks. Equal access to representation faces a different problem. For example, there are many individuals who have the information they need and live near courts but are deterred from using the systems in place because they cannot afford them. The current scaffolding in the legal industry’s pricing and organizational structures creates a barrier to entry that the average person struggles to cross. One solution to this problem is breaking the traditional exclusivity around having only lawyers in law firms and settings where legal processes are created.

Non-law ownership of legal companies and their participation in “the practice of law” has traditionally been frowned upon. This is partly due to fears that nonlegal leadership and partnerships could cause biases to form that would hinder fair judgment or encourage non-lawyers to practice law. The American Bar Association refers to this as the “professional independence of a lawyer” (Rule 5.4 in the Model Rules of Professional Conduct) and constrains financial relationships in law practices.

Allowing non-lawyers to have greater influence and ownership within legal companies could shake up the industry’s processes and pricing. Advocates are hopeful this influence in firms would lead to:

The hope is that by allowing greater influence from non-law participants in the legal sector, technological and pricing structures will fluctuate, encouraging previously deterred audiences to engage with the industry.

Some decision-makers in the legal industry are concerned that alternative business structures (ABS) will lower the bar of quality or ethics surrounding practices. However, the benefits associated with adopting these structures have garnered interest in favor of altering the system. So while there is an increased openness (or sense of inevitability) to this change, making the leap and changing the current regulatory structure is still a daunting prospect. Several court systems in the United States are evaluating how to try this approach without making permanent commitments. Hence the increased interest in and adoption of regulatory sandboxes.

Rules and regulations are in place to provide structure and order. When assessing large changes, many are reluctant to greatly alter the existing model of regulations because the outcome is unknown. It’s like a game of Jenga: The tower is standing now, but if you pull out the wrong piece, it could cause the entire enterprise to collapse. Regulatory sandboxes let you isolate a section of the tower and push and pull without worrying that you’ll lose the game at large.

Regulatory sandboxes contain instances and specific sections of a regulation model. For example, a time-, location- and rule-bound “safe space” is created wherein select participants can test the waters of that system. The rules are outlined according to the proposal behind the sandbox, and the participants operate within the sandbox under the observation of a regulatory authority. That authority watches and evaluates the regulations being tested. At the end of the testing period, the authority may make a recommendation for the new set of regulations to be implemented, for certain existing rules to be altered to align with the tested regulations, or to discourage the changes entirely. Legal sandboxes facilitate a testing period where changes can be made — or a block pushed — without ending the game. 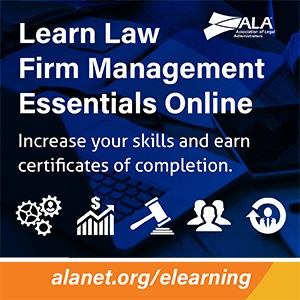 Several states have already begun to implement regulatory sandboxes. Utah and California are leading the sandbox initiatives started in 2020 that revolve around non-law ownership. Utah has established an official Utah Legal Sandbox regulated by the Office of Legal Services Innovation. The name selected for the office alone speaks to hope for the potential changes that could be brought about through regulatory sandboxes. California’s Task Force on Access Through Innovation of Legal Services appears equally optimistic in name and has developed a plan for the state’s regulatory sandbox focusing on increasing court access. Non-lawyer ownership is on the table for them, but it is considered more of a candidate for a solution rather than the endgame of the sandbox. Other courts are starting to look into similar initiatives, though most are still in a preliminary research phase.

Several courts have weighed the risks and, rather than toeing in, made the jump. In August 2020, Arizona began allowing non-lawyer ownership of legal firms. This change is based on recommendations from its Task Force on the Delivery of Legal Services. The Arizona Supreme Court news release for the change declares that they believe it will allow lawyers to fulfill their “ethical obligation” to provide accessible legal services. The release asserts that “if the rules stand in the way of making those services available, the rules should change.”

The industry will be keeping an eye on these experiments. If one of these sandboxes is in your area, it is important to determine how they might affect your practice. Be sure to investigate their regulations and their goals. Determine if it’s something you want to participate in or if companies you interaadct with will be making a play. Some sandbox initiatives close at the end of a designated time frame; others may be allowed to linger even if the larger initiative fails.

How the regulatory sandboxes fare over the coming months and years will provide a new standard for exploring changes to the legal industry. Low repercussions for outright changes may allow for an increased appetite for change. Successes in the sandboxes could, at the very least, increase an appetite for testing out potential changes. As regulatory sandboxes become more common, perhaps an industry predisposed to be reluctant to change will be better able to grow and adapt.

Sascha Mehlhase is the Vice President of Products and Innovation at ABC Legal Services. He oversees ABC Legal’s growing product, marketing and customer experience. With nearly 20 years of product and marketing experience in software and technology, Mehlhase has advanced product strategies and led global teams in a variety of industries. Most recently, as Senior Director of Product Management at Intrado, he oversaw their cloud-based telecom and communications platform as a service business and drove the company’s international product expansion into more than 170 countries. Sascha earned an MBA from Loyola University Chicago and a bachelor’s in social economics from Hamburg University in Germany.