iPhone 12: Back to the Future Phone?

Of course, Bill could not wait. He bought the iPhone 12 as soon as possible. Phil kept his money in his pocket and held on to his Samsung Galaxy Note20.

While there are many new features and options in the iPhone 12 line ― such as magnetic charging, 5G, more camera improvements, a faster processor, a brighter display, a glass screen that is supposedly harder to break ― there are some throwbacks to older days. They include:

While there are many new features and options in the iPhone 12, there are some throwbacks to older days.

Nevertheless, spendthrift Bill bought the 12, with 256 GB, the new MagSafe charger ($39) and the compatible case ($49), putting him well over the $1,000 mark. The Mini will cost you $100 less. The Pro will cost you $200 more, and the Pro Max will cost you $300 more. If you go whole hog with the Pro Max, you will be near the $1,500 mark. Bill showed some restraint, because he says all you really get with the Pro models is a better camera and Lidar (which allows the camera to work better and can measure distances and height of objects up to 5 meters away). 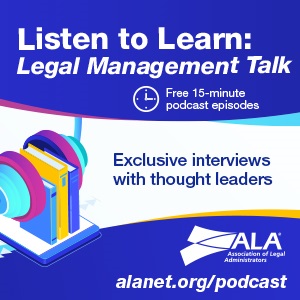 BUT HOW DOES IT WORK?

Bill loves the look and feel of his new iPhone 12. He bought one in the blue color, which he thinks makes him hip, cool and savvy. He thinks the square, stainless-steel edges make it easier for his old hands to hang on to his prize, and he is reminded of when he bought the iPhone 4 in 2010 (when he was 10 years younger). Even Phil admits the 12 is a good-looking phone ― the finishes don’t capture as many fingerprints and the blue color looks nice to him as well.

Apple’s new A14 processor makes the phone very fast — noticeably faster than previous models. The display is also brighter, so with the improved speed and delay, Bill is able to watch his favorite Road Runner cartoons without any skipping or screen “hiccups.”

Speaking of speed, we must note that Bill is disappointed in the 5G behavior of his AT&T iPhone 12. He could see no improvement over 4G in areas where AT&T says it has 5G. Hopefully, that will change before Bill buys his next iPhone.

Bill also loves the iPhone 12 camera. He can take beautiful, clear and sharp pictures of his garden and pet cattle, even at night. His pictures of his cattle at night are especially sharp with the new Night Mode and Night Portrait Mode.

Now to the charging and battery issues. Bill has noticed that the iPhone 12 battery lasts much longer than the batteries on his previous iPhones. (Benchmarking by techno geeks has confirmed his observation. The extra life is fueled primarily by more efficient screens and the new A14 chip that uses less power.) Of course, in all likelihood, the performance of the battery will degrade over time. All batteries do this. Time will tell.

Finally, contrary to the mixed reviews of the new MagSafe charger, Bill loves his charger and compatible MagSafe case. Some reviewers have suggested MagSafe charging is slower than plugging in the phone with a lightning cable. The MagSafe charger’s magnetic disc securely attaches to the back of the iPhone 12 (or the phone’s MagSafe-compatible cover). Bill likes any kind of new, funky gadget, and MagSafe is no exception. But Phil and Bill agree the setup is pretty handy and foolproof.

The bottom line is that Phil thinks Bill has, yet again, wasted his money, but predicably, Bill is happy as a lark clinging to his “Back to the Future” iPhone 12.