For employees who are struggling to help an ill parent or family member, employer-provided support can be a game changer.

One firm member was hoping to check in on her elderly mother, who wasn’t well, every day. An attorney getting ready for a trial had a parent who needed hip surgery. Another employee was preparing to move in with his father, who’d been diagnosed with cancer.

“Stories started to pop up more and more — just struggles surpeople were having,” Menon says. “Maybe they had kids at home and a parent with health issues and had to manage it. We do such a great job supporting women when they go on maternity leave; we thought we should talk about this and what we can do to support our colleagues.”

Since January, the firm has offered its approximately 300 employees access to Homethrive, a company that provides care management coaching for individuals who have aging loved ones — which can range from identifying a medicine delivery service or a specialist to helping firm members navigate difficult conversations about a parent’s living situation.

“We understand this population of our parents who are having health and other issues want to be independent so they don’t put stress on their kids,” Menon says. “A lot of our employees have parents out of state; [we wanted to determine] how to get to a point where we’re providing the physical and emotional support they need.”

In the past 10 years, approximately 10,000 Baby Boomers a day have turned 65; 47% have two to three chronic health conditions, according to U.S. Department of Health and Human Services data.

With a growing amount of the workforce consisting of employees who have parents in that age group, many have found themselves trying to balance work with caregiving responsibilities they’ve assumed for a parent or older relative.

In March of this year, additional workforce members may have needed to take on a caregiver role to help run errands for elderly and other at-risk family members so they could self-isolate as a coronavirus safety precaution.

With a growing amount of the workforce consisting of employees who have parents in that age group, many have found themselves trying to balance work with caregiving responsibilities they’ve assumed for a parent or older relative.

Dozens of law firms allowing employees to work at home — as of late March, more than 60 BigLaw firms had closed offices and/or encouraged remote work, according to a Law.com tally — likely helped some fulfill newfound caregiving needs.

“Stores are giving priority to older shoppers with special hours, but for elderly relatives who can’t go shopping, just getting groceries is a problem,” Hoelscher says. “Because we’ve now gone fully work-from-home, caregiving isn’t an issue, really. Basically, people are working whatever hours they want, as long as it gets done.”

“Over time, people stopped taking sick leave for themselves or to take care of kids; it became taking care of a parent or relative,” he says. “It seems to be a common Generation X experience.”

Caregivers may need to reduce their work hours or ultimately leave their job because they’re often focused on their loved ones’ health. Caregivers also tend to neglect their own, according to Drew Holzapfel, Convener for ReACT, a coalition that works to address challenges employee caregivers face and the impact on employers. It’s a membership-based group, but there’s no cost to join, according to Holzapfel.

Hoelscher Gebbia Cepeda has found enabling caregiving has helped the firm attract highly qualified candidates — including ones working for competitors who want to jump ship.

In response, some organizations are offering assistance to help reduce the strain employees can feel from balancing caregiving and work responsibilities, ranging from on-site professionals who’ll sit down to discuss care-related options with employees to increased insurance for family members, Holzapfel says — and on-demand support like Neal Gerber Eisenberg (NGE) is offering.

Within two and a half months of its care program launch, a number of firm members had already reached out for assistance or signed up to receive information, according to Menon.

“At least five people have told me, ‘This has changed my life,’” she says. “People are more appreciative of it than we ever expected.”

In addition to remote work opportunities, law firms also utilize flex-time arrangements to help employees meet caregiving needs. A ReACT analysis found both options offer a return on investment of about $4 for every $1 spent, according to Holzapfel.

In addition to employees taking time allotted under the Family and Medical Leave Act to care for a relative, NGE has a remote work policy and will adjust employees’ schedules, according to Menon.

“It’s harder for nonexempt employees; they have to be here from 9-5,” she says. “We see more of a leave option [with them]. [But] if something were to happen, we would make it work by covering shifts.”

When one of the partners recently transitioned to a part-time schedule to care for his father, other firm members helped complete his work obligations, Hoelscher says. While pet-related leave isn’t a standard policy, another employee was able to take time off when her dog became seriously ill.

“It became apparent the dog was going to need very expensive surgery; we gave her time for that,” Hoelscher says. “She ended up being out over the course of two weeks. She tried to come back in a couple of times; we just pitched in to cover for her.”

The firm’s habit, Hoelscher says, is to not really question specifically why employees are out of the office for caregiving. However, the firm has the right, per its employment agreement, to ask for documentation if concerns arise — and being unable to prove a reason for taking time off could be grounds for termination.

“We try to be polite about it, [but] we’ve had people we felt were abusing it before,” Hoelscher says. “Both times, we said, ‘What’s going on? If there are excessive [circumstances], what do you need? How we are going to move forward? Because right now, it’s not sustainable and is affecting your work.’”

Provided it’s not misused, a policy that helps employees provide care can be a prized benefit. Although when ReACT was formed a decade ago, most of the C-suite members it initially spoke with said elder care needs hadn’t had a huge impact, in the last five years, Holzapfel says that sentiment has changed.

“Companies realize it’s an issue; they’re looking at ways to respond,” he says. “The tight labor market is also a contributing factor. They’re looking at how you can attain and retain employees, what employees are doing outside of work and what makes a great workplace.”

Because caregiving needs can arise quite suddenly, proactively informing employees about what benefits are available may help increase utilization.

Hoelscher Gebbia Cepeda has found enabling caregiving has helped the firm attract highly qualified candidates — including ones working for competitors who want to jump ship.

“It’s not because of the pay, because they’re better compensated there,” Hoelscher says. “It’s because they’ve reached a point where they have some kind of family problem, and their employer is not letting them address that. It has become a recruiting thing for us; people are coming to us because they want and need flexibility.”

Although firms may assume employees hope they’ll provide financial assistance, access to vetted financial and other support sources is actually caregivers’ No. 1 request, according to a survey ReACT conducted.

“Finding a service provider is exhausting and time-consuming,” Holzapfel says. “All care is local, so if you’re a law firm that has 1,000 lawyers in 15 different cities, there isn’t a national caregiver roadmap you can give out. You need to have resources in Chicago [and other cities].”

If a firm wants to provide additional protection against the costs associated with ongoing care-related services, it can consider offering long-term care insurance for employees’ family members or firm employees in case they need care due to injury or illness.

Robyn Leonard is a benefit adviser at LTC Solutions, a brokerage firm specializing in employee long-term care insurance benefits; they are also an ALA VIP business partner. She suggests checking how many health questions participants have to answer to qualify for a plan (she notes some allow new hires to sign up without any) and looking for an option that provides enough to live on if care is only needed for a brief time.

“We recommend what we call a short, squatty plan versus a tall, thin plan,” Leonard says. “For example, a benefit that pays $200 a day for two to three years we feel is better than a plan that pays $100 a day for six years or [an] unlimited [period].”

To ensure the caregiving-related services your firm offers are providing the most value, Holzapfel suggests regularly gauging employee sentiment.

“The process should be survey [employees about what they want], offer [a service, then] survey [them about its effect],” he says. “One employer told us it was offering a crisis hotline for support, and the phones were quiet. They switched to an option where you could text as well, and utilization went through the roof. With open [office] plans, people can’t just call and hash it out over the phone — they’d rather text for privacy.”

Because caregiving needs can arise quite suddenly, proactively informing employees about what benefits are available may help increase utilization.

“We have a member who said, ‘You have nine months to prepare to have a baby and about nine seconds to prepare to be a caregiver,’” Holzapfel says. “Making sure people are aware of resources that are there to support them will reduce the impact of the crisis.”

Educating supervisors about how they can support caregivers will also help employees take advantage of the resources you provide, according to Holzapfel.

“Another big barrier is how frontline managers respond,” he says. “We somewhat celebrate young parents — you can dash out of a meeting if you say you’ve got to get your kid to a soccer game — but we don’t have the same situation when you have to provide elder care.”

That’s unfortunate because, as Hoelscher says, when employees are burdened with caregiving concerns, they — and their work — can suffer.

“If they’re wondering how to take care of their dad, the stress is still with them and they’re not performing,” he says. “If people can take care of these things in their personal lives, they can come to work and focus.”

A number of organizations have put programs into place that are successfully helping employees address caregiving needs, according to Holzapfel. Others haven’t, but he says they may find they eventually need to.

“The demographics show this is a growing issue,” Holzapfel says. “We’re living longer, with age-related chronic conditions; we’re working longer — all of this is going to impact the need for elder care. Ultimately, you want to be able to support professional and personal demands. That’s just good for your bottom line — and good for the employee.” 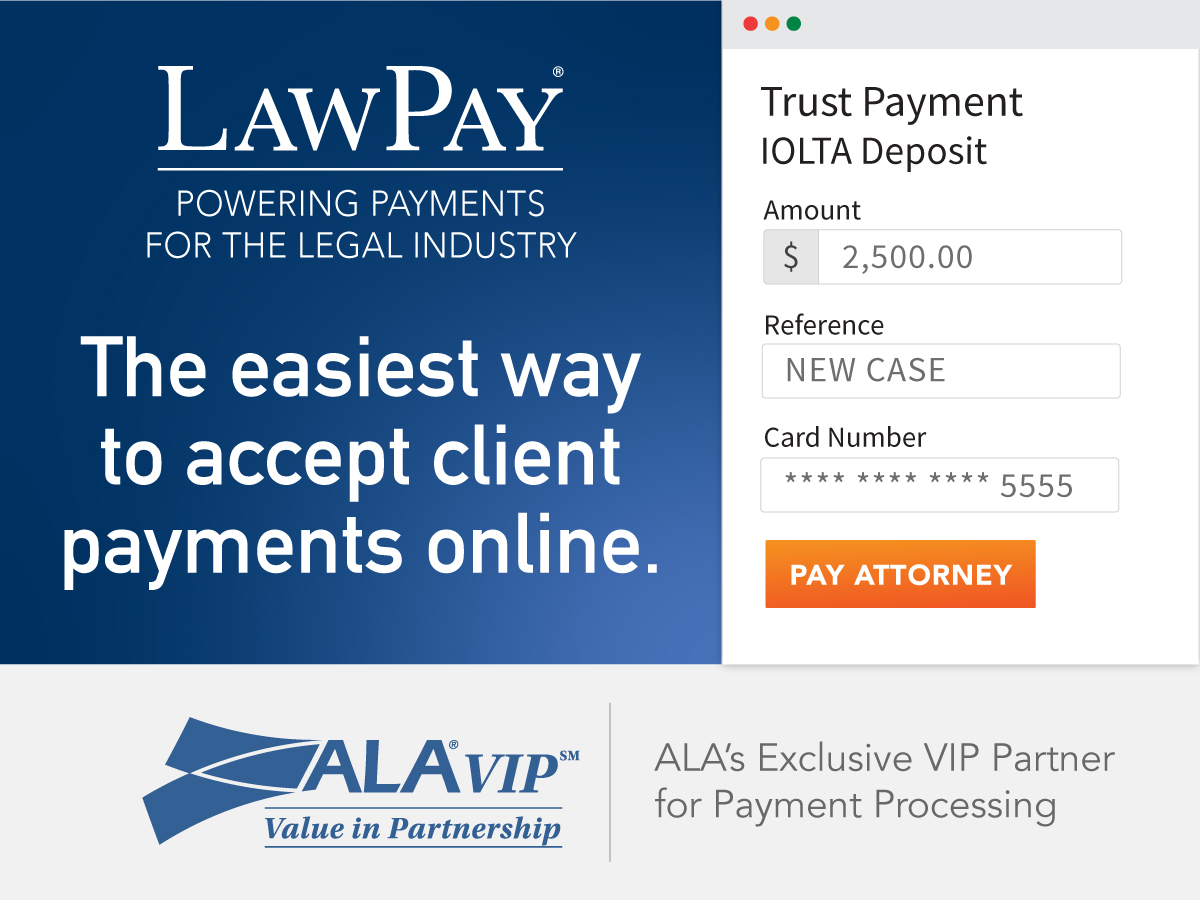 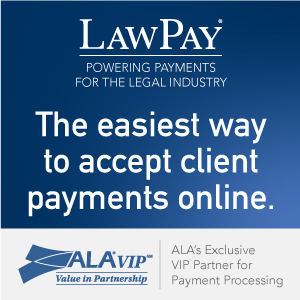