How to blend strength and flexibility into your employee handbook.

Genovese Joblove & Battista, P.A., operated for many years with the same employee handbook. Two years ago, though, the firm decided their traditional manual had become ineffective and it was time for a change.

“We had been in the practice of adding addendums every year to the manual,” says Firm Administrator Paula J. Lawson, CLM. “Eventually we had added so many addendums — some of which seemed contradictory — that it became very difficult to explain or justify our policies to employees. When people began to interpret statements to mean different things, it became apparent that the handbook needed to be refreshed.”

Creating a handbook from scratch would require navigating a terrain shaped by several governmental levels of laws and regulations — a difficult task for a firm focused on Chapter 11 bankruptcy and commercial litigation. “Most administrators and HR folks are familiar with laws and regulations at the federal level and probably at the state level,” says Lawson. “But they may not be so aware of county and municipality laws that affect employment.”

Local laws and regulations can present an especially confusing patchwork, says Lawson. “We have three offices located in the cities of Miami, Fort Lauderdale and Tampa. Each county and city may have different regulations relating to employment. For example, they differ on their paid time off requirements for jury duty. Creating a handbook that is accurate and not misleading can be tricky in that environment.”

The same handbook that helps veteran workers understand a firm’s policies can also be valuable as a tool for recruiting the best people.

Given the challenge, the firm sought third-party assistance. “We hired an outside employment law firm do work on our manual to ensure it had everything required,” says Lawson. “They took our existing handbook and merged it as best they could into their ‘must-have’ outline. Then they highlighted areas where they felt we needed to give some input.

“Once we received the text back from the outside law firm, I added firm-related policies, such as how to take sick and maternity leave and how to request paid time off,” says Lawson. “One of the equity partners and I tightened up the manual’s language and then circulated it to the other six shareholders for any final comments and approvals.”

Law firms revising their own employee handbooks may sympathize with the challenges faced by Genovese Joblove & Battista. Even so, if the process of creating a new manual seems tedious and time-consuming, legal managers seem to value the result.

“I am a big proponent of the employee handbook,” says Renée S. Lane-Kunz, Partner and Chief Operating Officer at Shapiro Sher in Baltimore, Maryland. In her administrative role, Lane-Kunz was in charge of redoing the firm’s manual earlier this year. “In my opinion it can be a very powerful tool, not only for the employer to effectively communicate its policies and shed light on the firm’s culture and management style, but also for the employee to better understand what the firm expects and how to navigate difficult situations that may arise.”

The same handbook that helps veteran workers understand a firm’s policies can also be valuable as a tool for recruiting the best people. “Many times the ideal candidate has multiple offers, and a handbook can tip the balance in an employer’s favor by communicating the benefits of joining your team,” says Richard Avdoian, an employee development consultant in St. Louis.

Once aboard, the new employee will use the handbook for assistance in getting acclimatized.  “The handbook communicates the firm’s mission, states expectations and outlines benefits,” says Avdoian. “And it sets the tone for a cooperative ‘we’ culture.”

Most law firms are probably familiar with the many topics covered by the typical employee handbook. These include benefits, paid time off policies and procedures for determining pay and advancement. Some issues require special attention to obviate difficulties down the road, notes Bob Gregg, Co-Chair of the Employment Practice Law Group at Boardman & Clark LLC in Madison, Wisconsin. He points to two for special attention:

Still other topics have particular importance to law firms. One is the importance of confidentiality.

“Staff members need to be made aware of the attorneys’ rules of professional conduct,” says Lane-Kunz. “Law firms may include a section regarding ‘moonlighting,’ for example, that requires management to be notified when staff members take additional jobs in order to prevent employees from accepting positions that may conflict with firm duties or which could negatively impact the firm’s professional reputation.”

Clear writing is the hallmark of good communication. And plain statements with plenty of detail can effectively reduce staff confusion about a firm’s policies. Unfortunately, restrictive language can also lock firms into operational straitjackets when confronted with real-world problems.

The firm should also remember to include a paragraph that clearly and expressly states that under no circumstances does the handbook create a contract of employment, adds Lane-Kunz. “And in furtherance to protecting the ‘at-will’ employment relationship, the manual should also prohibit the use of probationary periods that may be interpreted to imply a contractual relationship with the employee following the probationary period.”

The handbook is not a “set it and forget it” affair. Federal, state and local laws affecting employment are undergoing constant change, as are a law firm’s internal dynamics. The manual must change in sympathy.

“Our firm tends to create a new employee manual every five years and to issue supplemental guidance in between,” says Jack Huddleston, Executive Director of Administration at Thomas Horstemeyer in Atlanta, Georgia. “I look at the manual annually to see if anything needs to be modified because of a change in the FLSA [Fair Labor Standards Act] or other law relating to employment.”

Some of the modifications relate directly to the nature of the firm’s focus on intellectual property law. “One change we made in our new handbook is a clarification of the bar rule that a legal assistant may not file electronic patents without a prior attorney review,” says Huddleston. “After all, if something goes awry, it is the attorney and not the legal assistant who is on the hook. In an extreme case, the attorney’s license might be at risk.”

“We also strengthened the language about confidentiality,” Huddleston adds. “A good part of the reason is the nature of our work, which concentrates on patents and inventions.”

Other firms report similar needs for interim changes. “One thing we added this year was two weeks of paid ‘bonding leave’ for a nonbirth spouse [or domestic partner],” says Lawson. “That term refers to someone who may have adopted a child or may be a member of a same-sex marriage. Our new manual also better explains our paid time off policy.”

If regular revisions of the employee manual serve a valid purpose, is a new handbook every few years sufficient to deal with modern society’s rapid rate of change? Most administrators seem to say no, and that’s where interim additions come in.

The handbook needs to be read by all of the staff attorneys and to go through multiple edits. That vetting can help ensure not only that the text will obviate problems down the road but that everyone will support the document’s positions in real-life scenarios.

It’s critical to confirm that all staff members have been notified of the updates, says Lane-Kunz, who communicates them to staff members by email. “We keep copies of the correspondence to establish electronically that we sent the email messages, and sometimes we use return receipts to show that the messages were received,” she says. “We also create a page that we insert into the employee handbook until a completely revised version is published, and we post the changes on our employee communications board.”

The same need for communicative closure exists when the updates are consolidated into newly issued handbooks. “When a new employee handbook is issued, we have employees sign written receipts that they have read it and agree to abide by its policies,” says Lane-Kunz. “We keep those receipts in the personnel file. They can be useful if future disagreements arise.”

Clear writing is the hallmark of good communication. And plain statements with plenty of detail can effectively reduce staff confusion about a firm’s policies. Unfortunately, restrictive language can also lock firms into operational straitjackets when confronted with real-world problems. As a result, the most effective employee handbooks walk a fine line between specificity and flexibility.

“While a handbook cannot be so loosely written that it creates ambiguities, it also should not be so tightly written that it disallows some discretion on the part of the employer,” says Lane-Kunz. “There are often extenuating circumstances in employment scenarios. A law firm would want some flexibility, for example, in applying a progressive discipline policy.”

Careful editing can introduce that flexibility, notes Lane-Kunz. “A manual’s wording might say something like ‘your failure to correct these deficiencies may result (rather than shall result) in further disciplinary action.’”

No matter how careful the linguistic balance, law firms will on occasion need to bend the rules. “We look upon the handbook as a blueprint, but not a bible,” says Lawson. “A policy that might be good for most of the group will not apply to someone in a special situation. For example, a handbook might specify two start times — 8:30 [a.m.]  and 9 [a.m.]. Well, maybe someone has a childcare issue and needs to come in at a different time. If it’s OK with the attorneys and it does not cause a huge business interruption, we can make an adjustment for that person.”

The handbook needs to be read by all of the staff attorneys and to go through multiple edits. That vetting can help ensure not only that the text will obviate problems down the road but that everyone will support the document’s positions in real-life scenarios.

“One of the mistakes law firms and other employers make is to issue handbooks that are poorly written or vetted,” says Lane-Kunz. “As a result, the firm fails to follow its own published procedures. That may place the employer in a difficult legal position and often creates turmoil among employees when rules are applied inconsistently.”

And even a handbook that is well-written and vetted requires management-level commitment.

“Management has to agree to abide by the document,” says Lane-Kunz. “The worst-case scenario is an employer who provides a handbook but then manages its business on an ad hoc basis. If an employer chooses to manage that way, it is best to not have a manual at all.”

THE CASE OF THE FIRST-TIME HANDBOOK

Smaller law firms that have never used employee handbooks may well face awkward situations when issuing one for the first time. Will employees feel they are being force-fed a whole new slew of office regulations?

The secret is to take a positive spin, introducing the handbook as a new tool for enhancing the working environment. “I would introduce a new employee handbook as part of a morale-boosting celebration of the progress being made by the firm,” says Richard Avdoian, an employee development consultant. He suggests distributing the handbook at a company luncheon, for example, using words such as these:

“Thanks to everyone in this room, we have grown to the point where we can further fine-tune our firm. We are now distributing an employee handbook. Most of you already know about our benefits, but perhaps you have forgotten some of them. This handbook includes all of them in one place and outlines the company’s expectations for the future.” 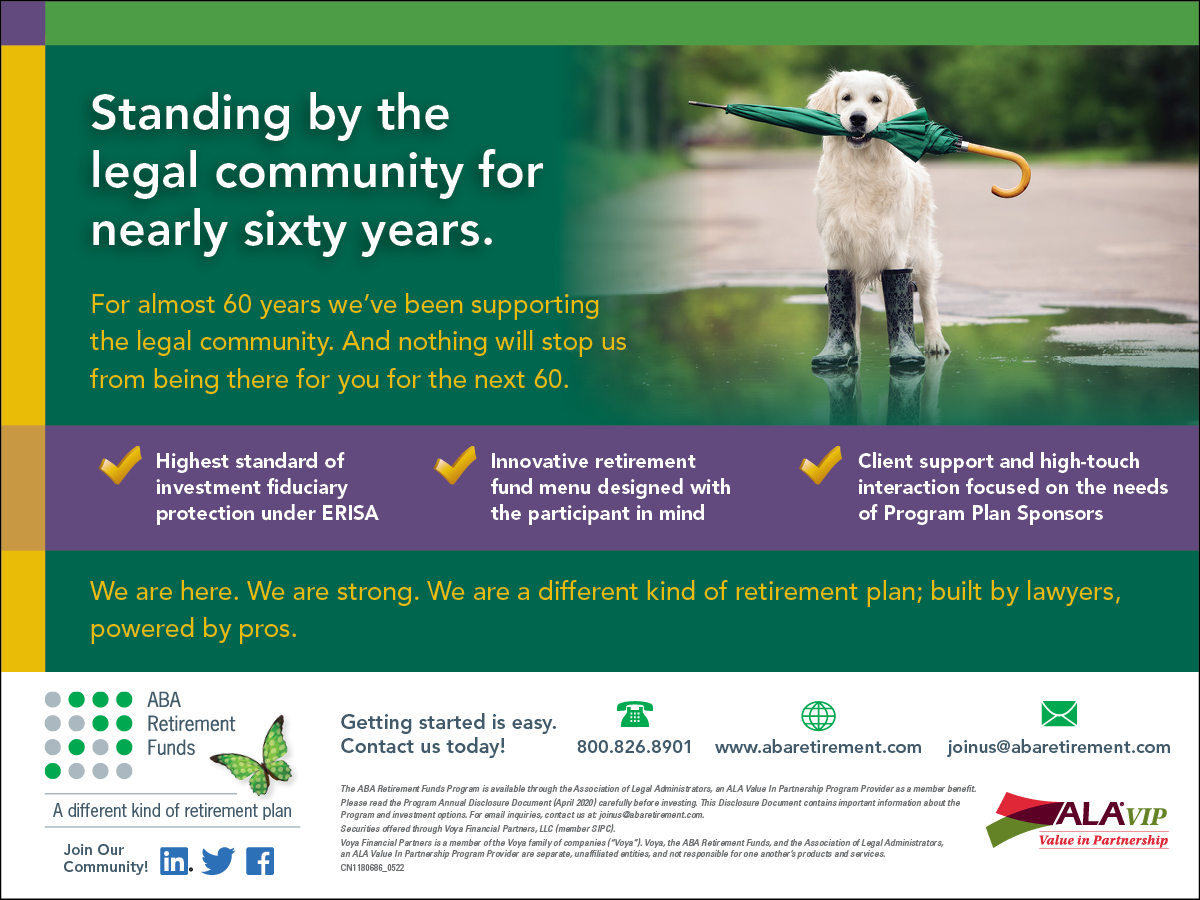 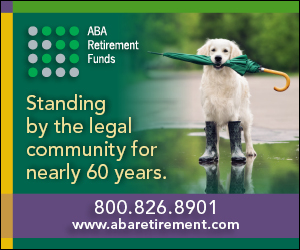