Moving stress is unavoidable, but having a plan in place can help it run more smoothly.

Moving is one of those life experiences that elicits a collective sigh from most. It’s even more daunting if you’re overseeing an entire office move, which can take several months of planning and involves herding an entire staff through the process — all while ensuring as little disruption to day-to-day business as possible. Before you begin the moving process, you need a proper plan in place as well as leaders in your office to see it through. Otherwise, you could easily waste time, resources and energy that could have been spent on more important firm matters.

Diana Stangl, Firm Administrator at Walsh Gallegos Trevino Russo & Kyle PC, has done 15 office moves. But it was the recent remodel of her firm’s Austin, Texas, office that was the stuff of nightmares. What was supposed to take three months took nearly four times as long, as the landlord had hired a nonresponsive general contractor. “I think we went through three general contractors and the entire project ended up taking almost a year to complete,” she says.

To avoid a similar fate and ensure your office move is a success, take the following tips from other legal managers into consideration.

START EARLY AND START WITH A PLAN

The first thing you’ll want to do when you prepare for your move, according to Stangl, is to negotiate the lease for your new office and try to get as much as you can out of it.

At her firm, they built in a very expansive definition of moving expenses. “[That meant we were] able to get much of the new furniture that we bought for the office paid for out of our move allowance, in addition to our actual move costs, cabling costs and security system,” says Stangl.

A move is no small task, so once you have the lease details worked out, make sure you give yourself and your colleagues ample time.

“Start early and put together a list of things that will need to be addressed,” says Jenny Ding, Law Firm Administrator at Oakwood Legal Group, LLP, in Los Angeles, California. “You’ll probably end up adding things along the way that you didn’t even realize had to be addressed.”

Another early priority should be about transitioning your IT services. Without IT, your office cannot function, so be on top of any internet or server needs as early as possible in the process.

For example, you’ll need to figure out what to do with your furniture and other belongings. Clare Chachere, Chief Operating Officer of Slack Davis Sanger LLP in Austin, posted furniture for sale more than a month before the office moved. She made a spreadsheet with a list of all the furniture and brief descriptions, photos and prices. “This made it easy to send to anyone interested in furniture, including consignment and used furniture stores or nonprofits, and gave them an idea of the breadth of items we had available.”

Something else Chachere did to prepare was get the crates and boxes about three weeks ahead of time. “That allowed us more time to pack up storage rooms and other areas that we didn’t need to access on a daily basis and gave our people more time to pack up their offices. It made move week much less stressful and drastically decreased the disruption to workflow.”

Once the planning for the move has started, Stangl recommends providing regular updates to the attorneys and staff about the progress of the space, as well as reminders for what they need to do to prepare for the move. Then, once the walls are up in the new office, hold tours so staff can check out the new space.

It’s also a good idea to appoint a few people from your office to oversee the move. While larger firms have a facilities management team or operations department that handles moves, smaller firms don’t have that luxury.

“For us smaller firms, I would make sure that you enlist at least two other people to help,” says Jessica L. Mazzeo, Chief Operating Officer at Griesing Law, LLC, in Philadelphia, Pennsylvania. “Coordinating downtime for servers [and] packing up and then unpacking in the new space takes time. It also takes a lot organization to minimize potential setbacks or issues.”

While only a few people should be in charge of the move, it’s important to get feedback from the attorneys and staff on the design of the new space. “They live in it and have great ideas on how it can be more efficient,” says Stangl. “You just have to be clear up front about who the ultimate decider is and let people know that you did consider all of the feedback that was provided.”

It’s also a good idea to appoint a few people from your office to oversee the move. While larger firms have a facilities management team or operations department that handles moves, smaller firms don’t have that luxury.

Another early priority should be about transitioning your IT services. Without IT, your office cannot function, so be on top of any internet or server needs as early as possible in the process.

According to Stangl, internet cabling can take up to 90 days to be provisioned, so it’s important to have a backup plan in case it’s not ready by move-in day. For her firm, the backup was a satellite uplink, which allowed the office to be fully functional for many months before the cabling was completed.

Mazzeo notes that you also need to consider how long it will take to break down and set up new servers. “Make sure to inform your entire firm so that everyone knows the downtime,” she says. “Attorneys will need to prepare in advance to make sure during the time the servers are down they have access to client documents or files that they would otherwise find on the system.”

Build in enough time to research who you need to help make the move happen. It can be a cost (and headache) savings. Get several bids from the companies you want to hire, says Chachere.

“We ended up going with three different furniture vendors because each had items that met our needs that the other vendors couldn’t supply. And it also showed us which vendors truly were superior and which ones we would never work with again,” says Chachere. “This is also true for movers. We got bids from four different movers. The highest bid and lowest bid were almost $20,000 apart.”

Even though the moving process is long and tough, when it’s finally complete, you’ll realize the extra effort was all worth it.

Also take inventory of any items that require gentle handling, such as artwork. You’ll want to ask movers upfront about those items.

For example, in Mazzeo’s office, they had several pieces of fine art to pack up. While it ended up being somewhat costly, she says, the artwork was protected because the movers built custom crates for it. “The last thing you need is to have it being damaged in transition because you didn’t properly prepare it for the move,” she says.

And if your office move includes a remodel, a good contractor is going to make all the difference. Stangl learned that lesson the hard way when she had to find contractors through the landlord.

MAKING IT ALL WORK

Unless your office has the resources to pay employees specifically for helping with the move, you’ll still need to balance your regular tasks with the planning process.

“The challenge is continuing to do your regular job while planning for the move,” says Stangl. “All of that other stuff doesn’t just go away. So doing a move forces you to learn how to delegate. And it’s rewarding to see folks rise to the challenge.”

Once you’ve finished with the move and the attorneys and staff transfer to the new space, Stangl recommends putting a gift bag and flowers on every desk and providing lunch for the office on that day as a special treat.

Even though the moving process is long and tough, when it’s finally complete, you’ll realize the extra effort was all worth it.

“It’s great seeing the reaction of people as they come in to the new office that first day,” says Stangl. “The new space really lifts an office up and brings it together. Don’t get discouraged about all the things that will still need to be done — instead, be thankful for all the things that did get done.”

THE CHECKLISTS YOU DIDN’T KNOW YOU NEEDED

ALA members have a plethora of additional tips and checklists to help you get survive your office move. From timelines to checklists, download items that have helped other legal managers make their office move go as smoothly as possible. Visit the discussion in our Online Community for more great moving tips. (Note: You’ll need to be logged in to the ALA website view these.) Stay organized and on task with this moving checklist. 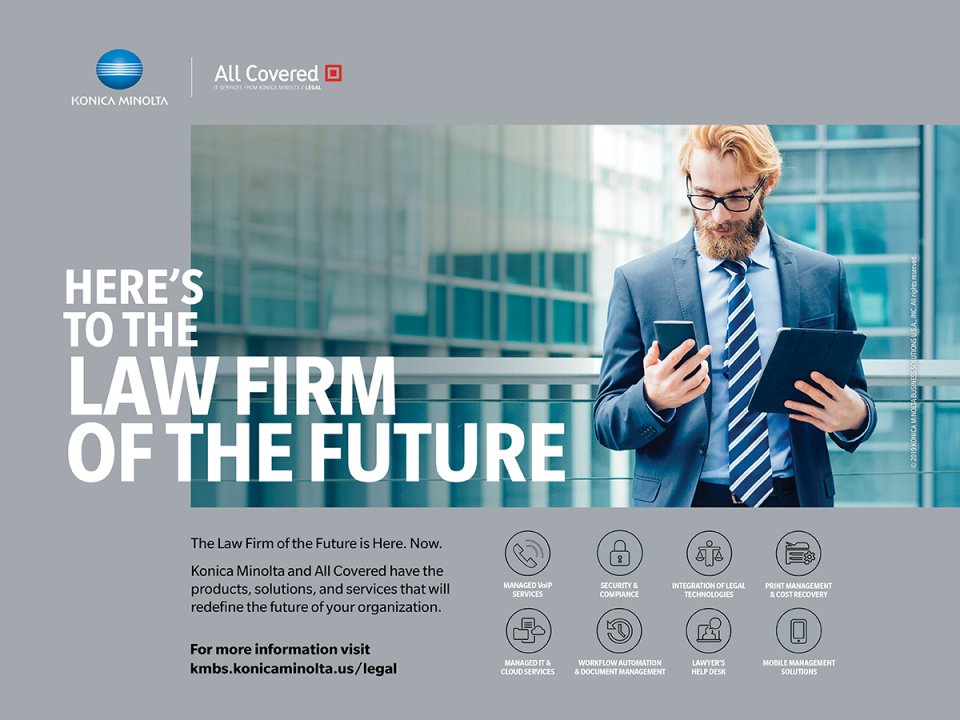