Even before the COVID-19 crisis, research indicated telecommuting and a flexible work schedule were the most common employee perks law firms and legal departments offered.

Now that numerous industry members have grown used to working from home — and may still be balancing caregiving and other needs — employees’ interest in the amenity isn’t likely to wane anytime soon.

Employers, though, might find they’re facing unexpected post-pandemic revenue and budgetary challenges in the coming months, which could reduce spending on other employee initiatives.

However, as the following low-cost amenity examples prove, firms don’t need to spend a fortune to effectively influence engagement, recruiting and retention.

The majority of Rosenthal, Levy, Simon & Sosa’s 42 employees have been with the Florida law firm for a decade or more, according to Firm Administrator Lori DeMayo.

“We’re not flying people on private jets or yachts,” DeMayo says. “But I’ve queried other law firms to hear what they do, and I feel like we have a really robust [employee morale program] for our size. It really helps with employee satisfaction and retention; people like to come work.”

The firm’s ongoing appreciation efforts range from sending a dozen roses on Administrative Professionals’ Day and monthly birthday celebrations to time off and a $150 gift card on employees’ fifth anniversary. Employees who work there for 10 years receive a four-person trip to Disney World, with $1,000 for incidentals.

“We definitely have to make an effort to create the glue that might more naturally occur when people are working together in the same space. It’s something we’ve gotten better at over time.”

“When interviewing potential new hires, that's very attractive,” DeMayo says. “I’ve heard from staff it makes them feel cared about, because maybe attorneys sometimes are not so good about saying great job — but people see someone else gets [a birthday or other recognition] and know their turn is coming.”

“The award is a public thing people actually requested,” Lyda says. “There’s no bonus; it’s just a pat on the back. It’s something that’s free and boosted morale, [and] it has encouraged employees to congratulate each other.”

To facilitate social engagement between employees, Fox Swibel began sponsoring what the 36-attorney Chicago firm has coined “frolic and detour” events about a year and a half ago, according to partner David Morris.

A randomly selected firm member chooses another employee to spend a business day together participating in cultural or other events with a firm-provided financial allowance. They later share their experiences — which have included golf, a museum visit and a trip to Las Vegas — with the rest of the firm.

“The idea is to do something fun and interesting,” Morris says. “It’s been well-received. It allows people to spend quality time together in a different environment. We’re all working hard; we, as a team, want to have people collaborate and interact on multiple levels.”

Numerous firms, including Fox Swibel, have had to pause in-person events during the COVID-19 crisis. Some, though, have sought ways to connect employees who are working from home.

“I was interviewing somebody once and mentioned the dog-friendly policy, and at the end of the conversation, she said, ‘You should have led with that!’ People love their dogs — and it’s also a symbol of believing in work-life integration and how you can bring your whole and authentic self to work.”

That’s familiar territory for Practus LLP’s 22 attorneys and 12 staff members, who have worked separately since the decentralized, virtual firm was founded in 2018, according to Co-Founder and Partner Robert Elwood.

“We definitely have to make an effort to create the glue that might more naturally occur when people are working together in the same space,” Elwood says. “It’s something we’ve gotten better at over time.”

In the first tasting, held on a Friday at 5 p.m., the firm shipped three Italian red wines to all partners and staff. Two of the winemakers called in from Italy as a surprise. During the second videoconference, firm members, some joined by their spouses and adult children, discussed what they liked about three Spanish white wines Elwood had selected.

“Not only did we get to taste great wines, we had wonderful camaraderie,” he says. “For the first one, we simply wanted to cheer everyone up during the COVID pandemic. Everyone had such a good time that we decided to do the second one!”

While the firm’s BYOB happy hours obviously cost less, the virtual wine tastings and shipping were only about $80 per person. Both tastings, Elwood says, had close to 100% participation.

“There was much laughter and enjoyment; it was a real bonding experience,” he says. “Virtual events have been great for making everyone feel they are part of a single team, no matter where in the world they are. Our model is very different, and sometimes attorneys interested in joining us worry they'll miss the social aspects of a traditional office. They are reassured when they learn we are addressing that.”

3. AN OFFICE ENVIRONMENT THAT PERMITS PETS

Lyda Law Firm was able to establish a dog-friendly workplace in 2018 after moving into a coworking space that allowed animals.

Some minor logistical issues had to be addressed: a water bowl needed to be put out, Lyda says, and employees would have to find someone — potentially from another company that shared the space — to keep an eye on their dog if they were called into a client meeting.

Some now bring their pooch to the office periodically. One dog, who accompanied his owner daily, became somewhat of an office mascot, according to Lyda.

“Our view has always been people do their best work when working on things they’re passionate about and happy about their work situation. We have a lot of people from Big Law looking to join our firm as laterals; part of the appeal is the fact we have this culture. It’s been helpful in terms of keeping and attracting people.”

Job candidates may view that type of setting as a strong selling point, giving you an advantage over the competition. Attorneys ranked a pet-friendly office as the most-loved low-cost employee benefit in a 2019 Special Counsel survey.

“I was interviewing somebody once and mentioned the dog-friendly policy, and at the end of the conversation, she said, ‘You should have led with that!’” Lyda says. “People love their dogs — and it’s also a symbol of believing in work-life integration and how you can bring your whole and authentic self to work.”

However, Edelson’s unlimited time off policy is arguably one of its most notable perks. Employees in the firm’s California and Chicago offices aren’t just encouraged to use vacation time — they’re required to take a minimum of two weeks off each year.

Even during the months of COVID-19 isolation, when travel was less frequent and employees were working from home, the firm’s work-life balance commitment remained in full force — and firm members took vacation time, according to McCann.

“Part of it is the two weeks is not optional,” she says. “Our view has always been people do their best work when working on things they’re passionate about and happy about their work situation. We have a lot of people from Big Law looking to join our firm as laterals; part of the appeal is the fact we have this culture. It’s been helpful in terms of keeping and attracting people.”

Firms can package PTO options as a perk in different ways, according to Jamy Sullivan, Executive Director at legal recruiter and consultant Robert Half Legal — such as allowing employees to roll time over into the next year.

While giving employees additional time off may initially seem like a no-cost amenity, it can theoretically involve direct or indirect expenses, such as bringing on temporary help — something firms that are thinking of offering it should consider.

An expanded PTO amenity may also not be a great fit for firms with a consistently busy schedule and billable hour requirements, Sullivan says, which could prevent firm members from being able to use the additional personal time.

“If you’re an attorney and you have that work ethic, it’s hard to take off in the midst of things,” she says.

“From an employee engagement standpoint, when you’re interviewing for a role and also when you’re within a firm, it’s extremely important,” she says.

However, knowing specifically what instruction to offer is key. A Tilt Institute and LawVision Group survey found law firm business professionals weren’t receiving equal learning opportunities. Generation X industry members expressed dissatisfaction with the investment their organization is making in their career development in a Nimble survey. Roughly half of midsize law department respondents were unsatisfied, as were around 40% of midsize law firm attorneys.

Sullivan says some firms are talking to industry groups and colleagues about what overall services and programs they’re offering — and utilizing brief five- to seven-question monthly surveys to confidentially gauge what development and other amenities would be of interest to employees.

In addition to external and formal internal instruction, firms may benefit from a more personal development approach.

According to Morris, Fox Swibel believes it’s important to offer associates guidance in joining professional associations and other organizations that can them get involved in the community and help establish their career.

The firm also provides coaching and other types of development. Experienced senior attorneys, for instance, may help younger associates prepare to market and pitch opportunities to clients.

“We have a really good core of younger attorneys who are building significant books of business,” Morris says. “Mentoring and financial support is a key piece of the puzzle; it pays dividends to the attorneys and firm. The people we attract value that. We want to encourage people to make building relationships and marketing the firm — and their services — part of their normal routine.” 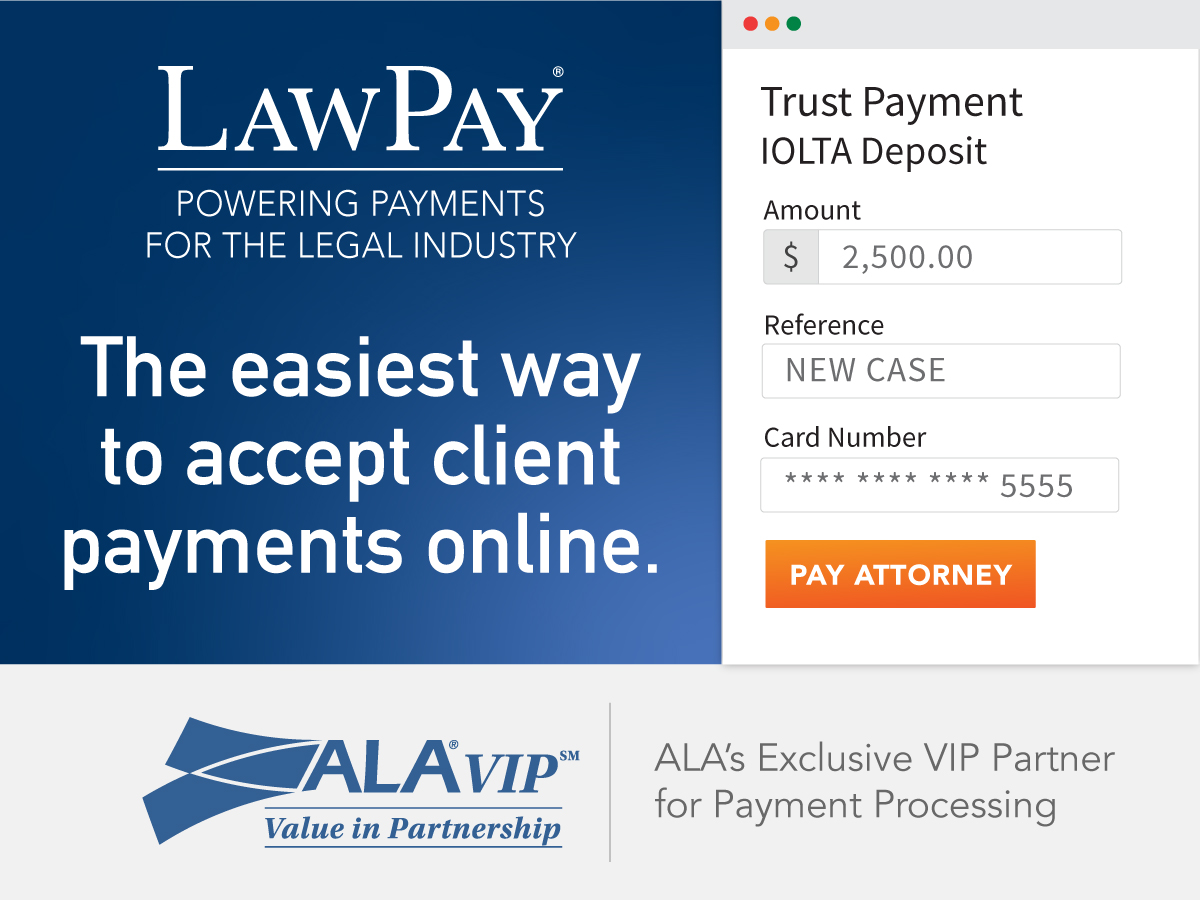 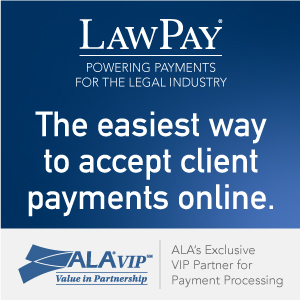 Where Are Your Markers?