Tech Trends That Could Change How Firms Operate

The legal industry doesn’t seem to be shying away from adding new technology — tech investments reached a record amount, $1 billion, in 2018, according to a Wolters Kluwer survey.

More than half (53%) of U.S. and European attorneys say their organization’s technology investment will increase within the next three years.

When it comes to transformational newer tools — virtual reality or artificial intelligence (AI), for example — lawyers generally acknowledge they can be beneficial, but a number report resistance to adopting them. Lack of knowledge is a major factor. Less than a quarter of attorneys say they understand machine learning, AI or blockchain technologies very well.

Although some firms and legal departments may be hesitant to implement them, other industry members foresee a brighter future for emerging technologies, including the following:

Firms have used tools that employ AI for years in e-discovery document review, and now some are using the technology to analyze contracts and identify areas for attorneys to review, according to Bobbi Basile, Managing Director in the Legal Transformation and Innovation practice at HBR Consulting.

“The first iteration of innovation has been on efficiency — the management and running of the firm and insight into financial performance and other areas. The next iteration is now focusing on client experience and providing value.”

“The first iteration of innovation has been on efficiency — the management and running of the firm and insight into financial performance and other areas,” Basile says. “The next iteration is now focusing on client experience and providing value.”

Since adding an AI-based analytics platform late last year, Pillsbury Winthrop Shaw Pittman LLP has been examining how it can use its AI capabilities to understand large data sets from clients. They might also use AI to encode and create classification models that can be used on multiple cases, according to David Stanton, a Litigation Partner who also heads up the firm’s information law and electronic discovery practice and oversees the litigation support department.

The international law firm may also try to use the tool to deconstruct long email chains and other communications to be able to search messages and, for example, identify unique content chronologically.

“Historically, a lot of money has been spent looking at big sets of documents where 80% were nonresponsive, just to confirm they are,” Stanton says. “Machines have gotten good at helping us put our attention [toward] documents that actually matter.”

Often associated with Bitcoin, blockchain systems bundle each new action with previous actions, essentially verifying each new item because it’s part of a longer chain of events — such as financial transactions — that are already considered to be accurate. Each transaction is recorded automatically, and the involved identities can be encrypted.

While legal didn’t even make the list in a PwC tally of industries considered to be leaders in blockchain development, Wolters Kluwer found that 48% of firms and legal departments are still in the planning phase of leveraging this new technology. Meanwhile, 70% of firms and departments that are tech-advanced plan to be using blockchain by 2022.

“There’s interest in blockchain, and even firms that are developing specialty [items] around it,” Basile says. “Because clients are starting to embrace it, [legal counsel is required] to have participated in and be prepared to deliver services in that environment.”

“Sooner or later, some client is going to want permission for a computer to snap a photo of the attorney working on their case to verify billing. Why wouldn't computers take screenshots of what they’re working on every six minutes and of them at the same time?”

Fennemore Craig attorneys have been adding clients to their Apple Watch VIP list so their emails and texts are seen right away. Additionally, the firm was an early Google Glass adopter, according to Marc Lamber, the Chair of its personal injury practice.

The firm, which has locations in Nevada, Colorado and Arizona, has used the technology to illustrate the daily hardships encountered by a client who was a double amputee from a first-person perspective.

“When Google Glass was first introduced, we thought it may prove to be an excellent opportunity to tell our clients’ stories in a very powerful way,” Lamber says. “It also opened the line of communication with this client because he could communicate with us remotely using voice activation.”

Russell D. Knight, Founder of the Florida- and Illinois-based Law Offices of Russell D. Knight, wonders if clients one day could expect attorneys to utilize a device like the one he’s seen judges increasingly assign in divorce cases, which remotely conducts breath-based blood alcohol tests while simultaneously photographing the individual.

“Sooner or later, some client is going to want permission for a computer to snap a photo of the attorney working on their case to verify billing,” Knight says. “Why wouldn't computers take screenshots of what they’re working on every six minutes and of them at the same time?”

While clients might be able to eventually request that of a service provider, employers trying to track productivity or other operational aspects that involve employees may seem like more of an invasion of privacy, according to Knight.

“When you wear something like a bracelet that says you took 2,000 steps, [employers might say] ‘What are you doing? You were supposed to be at a desk,’” he says. “People are open to it until they start having to do it, and then realize the implications.”

Using a headset, the technology can provide immersive 3D experiences — such as transporting a jury directly into an accident scene an attorney is trying to describe, according to Lamber.

“As lawyers, one of the biggest challenges in a case is showing the decision-makers what actually happened,” he says. “In the old days, we’d use demonstrative exhibits, visual aids and witness statements. With virtual reality, we can put them in the car at impact. That’s powerful — [and] has the potential to be a game changer in the practice of law.”

Two years ago, when Matthew Stubenberg was IT Director at the Maryland Volunteer Lawyers Service and Co-Chair of the Maryland State Bar Association’s Young Lawyers Section Technology Committee, he spearheaded an effort to create virtual reality videos designed to help attorneys learn how to handle pro bono work and to help new lawyers get comfortable appearing in court.

The Young Lawyers Section used discretionary funds to buy a 360-degree camera and filmed the footage in a law school courtroom. The VR experience was then shared on YouTube, where it could be viewed using a device such as Google Cardboard, according to Stubenberg — who is now helping to conduct three studies involving virtual reality’s impact on legal work as Associate Director of Legal Technology at Harvard Law School’s Access to Justice Lab.

“For a lot of new attorneys, it’s these unwritten procedural steps that you’re worried about making a mistake on,” he says. “The goal was to take away some of that mystery. Virtual reality tricks your brain into believing you were there, so it’s no longer your first time in court. You have to decide what to look at; [in] a regular video, the director makes the decision for you [and] cuts to whatever is important. You retain less information that way.”

“Law firms are seeking more ways to differentiate themselves with clients and to attract talent by modernizing the practice of law. Because attorneys entering the profession have grown up with technology their entire lives, they are taking that information into consideration [in regard to] where they want to spend or begin their career.”
Skip to content 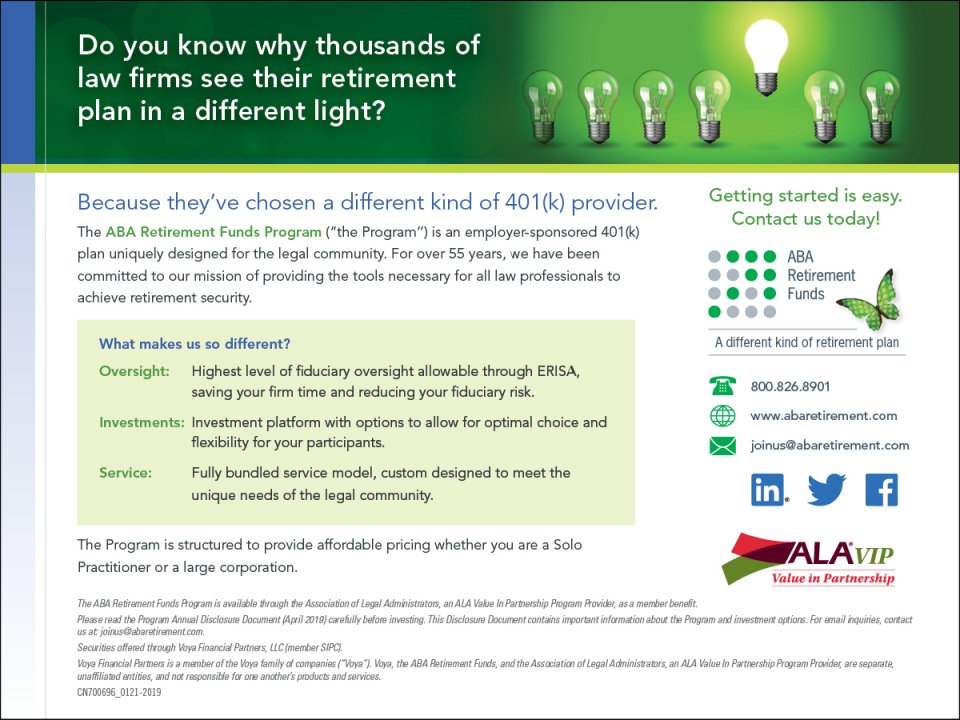 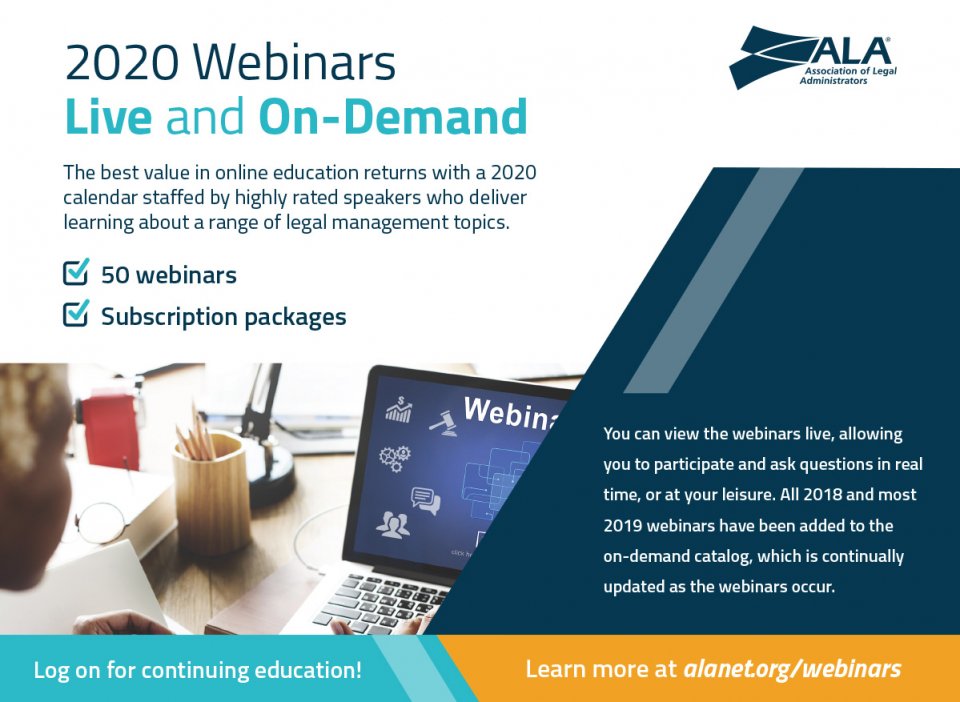 While VR’s applications may seem vast, Lamber notes the technology’s adoption can face some challenges. A judge would need to authorize the technology’s use in the courtroom; opposing counsel would also be able to access it.

“The other challenge is cost,” he says. “Hiring expert reconstructionists and scanning a scene to create a meticulously accurate model can easily run into the six figures — perhaps taking litigation expenses beyond what a case might be worth.”

VR isn’t the only type of emerging tech that may run into implementation roadblocks. Regulatory uncertainty is the biggest barrier to blockchain acceptance, according to PwC’s findings. Plus, the expense of incorporating AI functionality can be a deterrent for firms — particularly if they’re smaller.

However, legal departments and firms that do decide to invest in innovative technology may find it provides numerous benefits.

“Law firms are seeking more ways to differentiate themselves with clients and to attract talent by modernizing the practice of law,” Basile says. “Because attorneys entering the profession have grown up with technology their entire lives, they are taking that information into consideration [in regard to] where they want to spend or begin their career.”

The capital for new tech tools often comes out of the partners’ pockets; thus, adding these tools can understandably be a significant decision. With mounting demand for increased efficiency, though, it’s one that could potentially pay off.

“Law firms are resistant to change, [but] technology has a way of seeping in,” Stanton says. “It will take clients not only demanding these changes but investing in them. The most effective use will be with clients who are committed to collaborating to put these kinds of things together.”

ALA Annual Conference and Expo 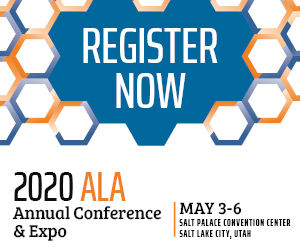